Very soon, the Warface squadron will be setting off for the Red Planet. Remember how the Sunrise raid ended? Expect an exciting sequel with unique gameplay — you’ll be able to go into battle by taking control of the SEDs! Atmospheric zones, powerful energy weapons, unpredictable plot twists and much more awaits you in the new Mars raid. Prepare for battle, there isn’t much longer to wait!

The Mars colonists have found the Sedrus bacteria. The materials they produce were recently found on Earth, and Blackwood used them in experiments to create new supersoldiers and to send nerve impulses at range in the SED project. However, the supply of materials has almost run out, and the corporation needs live samples of the bacteria to produce it. As luck would have it, they can be found on the Red Planet.

Oberon White is sending SEDs in landing capsules to capture the colonist base. The Warface squad must disrupt his plants and oppose Blackwood beyond the bounds of Earth with the help of the enemy’s androids.

While completing the Mars raid, you’ll have an entirely new gaming experience due to unique gameplay never before seen in any previous raid.

You’ll also go up against a unique boss whose size exceeds all the enemies you’ve seen before. Your squad will have to work in close collaboration to defeat it.

For completing the Mars special operation, you’ll be able to get unique Ares series weapons hot from Martial laboratories! The series includes one gun of each class. Ares isn’t a camouflage, but a tactical shroud that changes the weapon’s geometry and upgrades its stats. 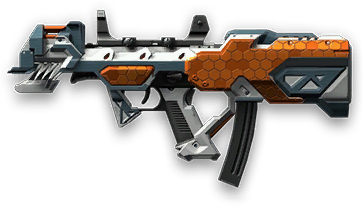 Of course, you’ll get unique stripes for killing enemies with Ares weapons!

The most exemplary soldiers will get 20 themed achievements. To collect all the marks, badges and stripes, you’ll need to not only defeat your enemies, but also demonstrate the highest level of teamwork.

Blackwood’s actions could lead to the death of the colonists and terrible consequences. Stop the enemy at any cost!